The League of Woman Voters is a non-partisan political organization that grew out of the National Women's Suffrage Movement. It began in Chicago on February 14, 1920. This year, our local branch, the League of Women Voters of Greater Rockford, celebrates our 100th anniversary.

The League of Women Voters of Greater Rockford condemns the violent actions of January 6, 2021. These actions which attempted to subvert democracy by stopping the election certification process. We call out those who would have us believe our voting system is rigged, and we remind voters that, despite repeated challenges, our election system has proven fair and objective. We challenge voter suppression laws because those who seek to suppress the vote attack the very pillar of democracy. We accept that protest and dissent are part of the fabric of our country’s history, but we are appalled by the viciousness and incivility of entrenched partisanship.

As League members, we envision a country where elections are free, fair, and accessible to all eligible voters. We will continue to encourage informed and active civic engagement. We will work to increase understanding of major public policy issues.

By what we challenge and by what we promote, the League will continue to empower voters and defend democracy.

I’m Carol Davies, Voter Service Chair of the League of Women Voters of Greater Rockford, and that’s our perspective. 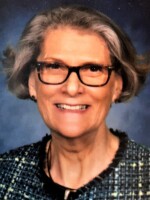 Carol Davies
Carol Davies is a retired Rockford teacher. In retirement, she keeps busy with LWVGR activities and volunteers as a docent at Frank Lloyd Wright’s Laurent House.
See stories by Carol Davies
Perspectives
Perspectives are commentaries produced by and for WNIJ listeners, from a panel of regular contributors and guests. If you would like to submit your own Perspective for consideration, send us a script that will run about 90 seconds when read -- that's about 250 words -- and email it to NPR@niu.edu, with "Perspectives" in the subject line.