A chance encounter with a BBC program enlightened me about Niccolo Machiavelli's fall from grace when the Medici family returned to power in Florence. Machiavelli had been a respected diplomat, but with a change in leadership, he found himself out of favor, jailed and tortured. What is astounding is that he did not give into despair but looked for a creative solution to his unemployment woes. In an attempt to ingratiate himself with the new power brokers, he wrote The Prince, a how-to-book for leaders newly ascended to positions of power. His plan was that The Prince would win over the Medicis and get him his former job back.

Unfortunately, Machiavelli's attempt was unsuccessful, and from 1512 on his financial situation was always precarious. Despite his talents and diplomatic experience, he never recuperated his career. Instead, he became a popular playwright and prolific writer. As the BBC program stated: the words just poured out of him. And they would continue to do so until his death 15 years later.

What Machiavelli's story shows us is that a pivot from disaster can lead to something more lasting and valuable. More than five centuries after it was written, The Prince is still read, debated and discussed. Not bad for an out of luck diplomat desperate to get his job back.

I'm Frances Jaeger and this is my perspective. 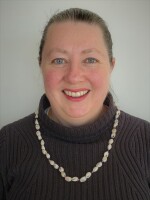