Tuesday morning is Joyful Joints time at the Rock River Valley YMCA's pool. It's a program meant to help people maintain their joints and range of motion. Patty Palmquist, who needs a knee replacement surgery, is a regular in the pool. She takes time off from work two days a week to attend the class. She says it's a very welcoming and positive environment.

"It's kind of like I found this little treasure here," Palmquist said. "It's people who care."

The class is part of a 12 week weight loss program called JOYNT that Palmquist took part in earlier this year. It's a collaboration between Judson University, OrthoIllinois, and the area's YMCA. People in the program take part in water aerobics, dietary consultations, and group therapy meetings.

It's all meant to help people like Palmquist who need to lose weight in order to get knee replacement.

Megan Salser is a clinical lead at OrthoIllinois.

"We're giving patients a sense of hope, and all three organizations are collaborating together, which you don't see often," Salser said. "We're all using our best points of our organizations to give a patient a fully encompassed comprehensive weight loss program."

Salser came up with the idea for the program, and she's involved in facilitating it. She says it allows people to develop friendships.

"That's a really cool thing to see, I guess, is that they meet people that are also suffering from the same issue, and they have that support," Salser said.

Salser says 26 people make up the current group. That's up from the 10 people who took part in the first two groups. It keeps getting bigger – the next set of groups will have 48 participants.

"The program has actually grown so large that we're having to expand to different sites and trying to problem solve some of those types of things," said the YMCA's Vice President of Operations, Trisha Tousant.

She says Joyful Joints is an alternative to traditional exercise. She also says it's a matter of figuring out what will be most comfortable for people in the program.

"The Joyful Joints program has been able to really allow them to be active, but not to necessarily have that pain during exercise," Tousant said.

Meanwhile, Judson University and its clinical mental health counseling interns are responsible for the weekly group therapy sessions. Susan Wesner, Judson's Associate Provost of Graduate and Professional Studies, says the program has been a nice fit for all of the organizations involved.

"The goal was to provide really a holistic program where participants wouldn't just have exercise and nutrition, but we also help them work through just the emotional part of losing the weight or the pain that they're dealing with," Wesner said.

She says several people lowered their weight to a point where they can get the surgery they need.

Tousant says she is extremely proud of the people in the program.

"You can tell that the folks working with them care about their success and care about each other, and that's neat to be part of," Tousant said.

As for Palmquist, she says the program helped her in many different ways.

"I feel better, I have lost weight. I'm feeling good about myself," Palmquist said.

The next class is scheduled to start later this month. 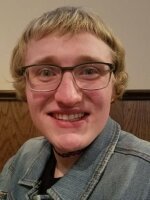