Perspective: Statues can walk and pigs can fly

Surely you have seen photographs of the extraordinary stone statues carved long ago by the indigenous peoples of Easter Island.

How were the massive moai (as they are properly called) moved? Scientists have puzzled about that for centuries.

Were they rolled on logs? No. The moai – some weighing as much as eighty-eight tons, mind you -- would have crushed logs!

So how did they do it?

According to ancient island folklore – the figures walked.

Western minds long have discounted the oral accounts of walking, dismissing them as either mythical or fanciful. Tons of stone just…..ambling around. Yeah, sure, right.

It’s now been empirically proven. Yes, the moai walked to their final positions!

Have you ever moved a refrigerator or washing machine? It’s done with sets of walking motions, isn’t it?

The carvers sculpted the moai (using only stone tools, mind you) with slightly offset centers of gravity. This caused them to wobble. Using ropes, teams of people rocked the figures back and forth – and made them “walk” to their destinations, a little bit at a time.

There are any number of morals to this story. I’ll leave to each of you the task of discerning them.

As for me, well, I resolve to be more objective about all of the theories and ideas and points of view that come my way, improbable as they may at first seem. After all, pigs CAN fly – if you put them on airplanes. 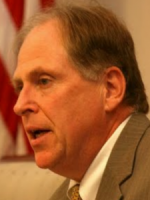