Perspective: The Cherry mine disaster

One of the worst mining disasters in American history happened in a little town about an hour south of DeKalb. It was November 13, 1909, and hundreds of men -- most of them immigrants from Europe -- entered the Cherry mine. For many, it would be the last time. The youngest coal miner was only 15.

Coal mining has never been an easy way to make a living. But in the early 1900s, it was brutal, dispiriting work. Often, alcohol and a desperate need to support a family were the only incentives for returning each day to the mine.

That day, a fire broke out in the Cherry Mine. It spread quickly, since the mining company’s priority was cheap coal, not safety. Out of the 500 miners, about half managed to escape. The rest—except for 21 who walled themselves off—died from the poisonous fumes.

Because of the Cherry Mine disaster, Illinois strengthened mine safety regulations and eventually passed Workers Compensation legislation. Today, if you go to Cherry, you can see remnants of the mine. At the public library, there are photographs and a scale model of the mine. In the cemetery, there are gravestones and monuments with the names of all the boys and men who died that November day.

When I visited the Cherry Mine sites, there seemed to be an eerie sadness hanging about them. There may not be literal ghosts in this world, but every time I hear about unsafe working conditions and exploited workers, I feel haunted. 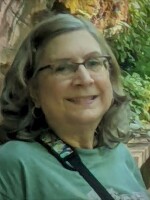