Perspective: It's the bottom of the ninth for women's rights

We took our seventeen-year-old daughter to the NCAA Hall of Fame in Indianapolis, IN. The museum celebrates the collegiate progress of athletes. It also reminds us of the freedom women have to participate in sports thanks to Title IX, the first federal law to prohibit sex discrimination in any education program that is federally funded. While visiting the museum, something else happened that created a huge setback for women’s freedom. Roe vs. Wade was overturned by our nation’s Supreme Court.

Freedom. It most commonly means the right to act, speak, or think as one wants without restraint. America is known as the land of the free; a country that supports women’s rights.

Back in Indianapolis, we walked toward the capital and were greeted by protesters for and against abortion. “Laws off my body” was chalked on the capitol stairs and captured the attention of my daughter who’d become angry with an overreaching government attempting to control decisions about women’s bodies.

To put things in perspective, young women have the freedom to attend college and to play sports, but their freedom of choice concerning their bodies is in jeopardy as states further limit abortion access, a fundamental right for almost 50 years.

I want my daughter to know a country that recognizes her first as a woman with rights, not a vessel for bearing children to be controlled. We’ve made great strides in helping our young ladies make good choices for prosperous futures. Why should the government be involved in telling women they can no longer make choices about their own bodies? 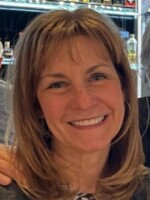 Anissa Kuhar
Anissa Kuhar is a higher education professional and business leader in northern Illinois.
See stories by Anissa Kuhar
Perspectives
Perspectives are commentaries produced by and for WNIJ listeners, from a panel of regular contributors and guests. If you would like to submit your own Perspective for consideration, send us a script that will run about 90 seconds when read -- that's about 250 words -- and email it to NPR@niu.edu, with "Perspectives" in the subject line.