Signs reading “Justice for Ludwig” have sprouted up and down the Fox Valley. Some show Ludwig, a white boxer-looking dog sporting a tiny green hat. He was actually a breed I’d never heard of - a Dogo Argentino.

In August Ludwig was shot and killed by Hal Phipps in Wayne, just north of St. Charles. Ludwig and his owner, Joe Petit, lived next door to Phipps. Witness reports conflict but here’s some background.

Petit said a 20-year feud between him and his neighbors began when he was buying his house and the Phipps contested the property lines. In June this year Phipps claimed he was bitten by Ludwig, and Petit received a police citation. Then in August, the day Ludwig was killed, the petsitter had taken him and his brother out to play. According to Phipps, Ludwig had posed a threat to him on his property. The petsitter’s account did not corroborate.

No criminal charges were filed against Phipps because according to Kane County State’s Attorney, Jamie Mosser, “He shot Ludwig out of fear for his life.” And there’s one more salient fact - Phipps is the husband of Eileen Phipps, the Wayne Village President.

Was this tragedy the result of premeditated murder, justifiable fear, revenge, entitlement, negligence, or all of the above? Regardless, Ludwig should not have died. 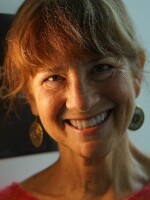 Paula Garrett
Paula Garrett is a transplanted Southerner and a former WNIJ Blues host. She's passionate about music, travel, research, open water swimming and film.
See stories by Paula Garrett
Perspectives
Perspectives are commentaries produced by and for WNIJ listeners, from a panel of regular contributors and guests. If you would like to submit your own Perspective for consideration, send us a script that will run about 90 seconds when read -- that's about 250 words -- and email it to NPR@niu.edu, with "Perspectives" in the subject line.