One hundred years ago today, the Straw Hat Riots occurred throughout New York City’s streets. The riots lasted 3 days as thousands of boys attacked men who sported straw hats. Why would people attack each other because of straw hats you ask? Maybe the simplest answer is because they could.

Fashion trends in 1922 required men to wear straw hats during the summer months. Like the “Don’t wear white pants after Labor Day” rule, men had to put away their straw hats by September 15th. If they continued to wear their summer hats afterward, others felt free to knock their hats off and stomp on them. Somehow, this was a regular and accepted practice.

For no apparent reason, boys began to knock and stomp hats a few days early in New York City in 1922. When stomped hat wearers fought back, a riot broke out. Over the next few days, mobs of boys traveled the city wielding nail studded clubs. The police tried to curb the violence, but nothing helped. It took 3 days for the riots to calm.

These ridiculous riots originating from fashion rules of 1922 seem bizarre in 2022. Because we have the luxury of time and distance, we can view these practices more sensibly. How will people in 2122 look at our practices that may not be logical? Which practices might those be? Can we stop our own “Straw Hat Riot” from occurring by applying some critical thinking? 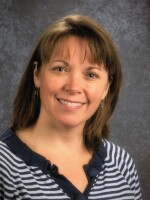 Elsa Glover
Elsa Glover is a national board-certified teacher who has taught in Kaneland schools for the last 20 some years.
See stories by Elsa Glover
Perspectives
Perspectives are commentaries produced by and for WNIJ listeners, from a panel of regular contributors and guests. If you would like to submit your own Perspective for consideration, send us a script that will run about 90 seconds when read -- that's about 250 words -- and email it to NPR@niu.edu, with "Perspectives" in the subject line.