Perspective: The power of music

On Christmas Eve of 1914, the troops on the frontlines of WWI yelled out for a truce. They met in the middle of the battlefield that hours earlier they fought on. After a night of raucous fun, the group sang “Auld Lang Syne,” each person singing in their native tongue. Sir Edward Hulse, who witnessed this event, described it saying “we all, English, Scots, Irish, Prussians joined in. It was absolutely astounding.”

Years later, the country of Estonia was held under Soviet rule. Getting fed up, eventually, the Estonian people revolted. But instead of violent uprisings or mass electoral campaigns, Estonia decided to sing. They peacefully stormed the Song Festival grounds and began singing. After weathering the counter-protesting from the Soviet government, the Estonian people waved their flag for the first time in decades and announced their sovereignty. Within years, the Estonian people were free.

When these people came together, it was not about the music. The music was beautiful, but it was far more about the people and the connection they built. Hulse’s letter talked about the people that sang, not the songs those people sang. The Estonian protesters did choose specific songs, but this protest changed more with its masses than with its musicality. While good concerts mean the world, great company changes it.

Next time you are jamming to some good music with some friends, remember the music matters less than those who you listen to it with. 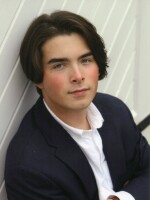 Nick Glover
Nick Glover is a DeKalb native studying English at Northern Illinois University.
See stories by Nick Glover
Perspectives
Perspectives are commentaries produced by and for WNIJ listeners, from a panel of regular contributors and guests. If you would like to submit your own Perspective for consideration, send us a script that will run about 90 seconds when read -- that's about 250 words -- and email it to NPR@niu.edu, with "Perspectives" in the subject line.