Perspective: Democracy's most important weapon is in your hands

I’m as angry as I’ve ever been. I listened to the testimony of the two women election workers from Fulton County, Georgia before the Jan. 6th Committee. The words of Lady Mary, the mother, “Do you have any idea what it’s like to be bullied by the President of the United States?” struck me. Most of us common everyday Americans will say no. Yet since 2016, we have been bullied by Donald Trump and his supporters -- who agree with the lies and outrageous conspiracy theories weaved by Fox News, the campaigns of disinformation, and elected Republicans walking back the ultimate bullying event on Jan. 6th, now calling it a “tourist event.” What the….

Where is accountability? The young woman and her mother were attacked in their homes, threatened with violence, had racist violent comments directed at them and their families simply because President Trump is a sore loser.

The young woman who was an election clerk left her job after many years. Her mother was forced to leave her home for two months because of dangerous threats and still nothing of any import has happened to the people who caused this level of harassment and abuse.

Tuesday, June 28th is the Illinois primary. My partner is a technical judge. Monday night, all day Tuesday and early Wednesday morning she will work to assure the integrity of the election. For the first time I wondered, “Maybe she should stay home, lay low?”

Then they win -- democracy loses.

Democracy’s single most important weapon is still the vote. Where will you be on June 28th? I’ll be voting. 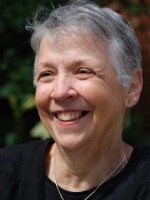