Perspective: Believe the survivors, even when you don't want to

When I was younger, Papa John’s had a promotion where you could order a pizza and a random DVD would come with it, taped to the lid of your pizza box. This weird pizza promo introduced me to Don Juan de Marco and to the world of Johnny Depp characters before his Captain Jack Sparrow schtick took over. I tell you this to establish my credentials as a lifelong fan of Johnny Depp’s work and the public persona he cultivated.

I also fully believe the claims of his ex-wife Amber Heard that he abused and controlled her throughout the years of their relationship and marriage. Both of these things can be true because my opinion on someone’s career or personality or likability has no bearing on whether or not they have been abusive to a partner.

Our society treated this trial like a popularity contest and I’m convinced the verdict didn’t tell us that Amber Heard wasn’t abused but rather that she committed the unforgiveable sin of having less power and being less likeable than her abuser. This not only hurts her, it hurts countless victims of abuse who will now be too afraid to speak out, too afraid to come forward, too afraid to even share their story for fear of the reality that we’d rather pick our favorites than stand with victims of abuse. Believing survivors means believing survivors even when we liked the person who hurt them. Until we can accept that, our #MeToo movement will always be just a little bit too empty. 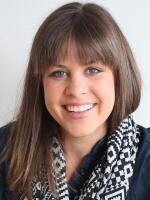