Perspective: Reflections on a Memorial Day

Memorial Day was born out of necessity. Our country was mourning the bloodiest military conflict in U.S. history. The Civil War had killed nearly 800,000 soldiers. Around 1886, many communities took credit for the first Decoration Day or Memorial Day.

However, in 1996, David Blight, professor of American history, was researching a book on the Civil War. He came across a box labeled First Decoration Day: A Union veteran had written on a piece of cardboard the story of May 1, 1865, when 10,000 people, mostly newly freed slaves, staged a parade around a racetrack that had served as a prison for Union soldiers during the war. 3000 Black schoolchildren carried flowers and sang.

157 years later, over 1 million Americans have died from the pandemic, more than soldiers who died in the Civil War and World War two combined.

As I write this, the front page of The New York Times on my desk has 15 children and their two teachers. A total of 19 children were killed in their classroom. Just days after 10 shoppers were gunned down in a grocery store.

Today, we need another Memorial Day of Necessity. Again, we need to collectively mourn and find a way to turn our anger and grief into spreading love and peace to all those whose lives touch ours.

I am Dan Kenny, and that's the way I see it 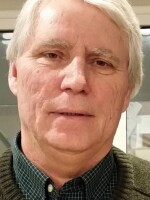