I remember the first time I watched Brittney Griner play. She led the Baylor Bears to victory with 26 points, 13 rebounds, and 5 blocks in the 2012 NCAA Women’s Championship. Griner is 6’9, fluid, and dominant with a great understanding of the game. So it was no surprise when she was taken number one in the 2013 WNBA draft. Needless to say, her ascendency continued with accolades like a WNBA Championship in 2014, seven-time All-Star, and Defensive player of the year in 2014 and 2015. Her position as one of the top 3 players in the WNBA is undeniable.

Because the top salaries in the WNBA are a fraction of the NBA top salaries, Griner, like many other WNBA players, plays internationally during the off season. As a matter of fact, Griner has been playing for a Russian team for almost as long as she has been playing in the WNBA. The wage disparity of the WNBA versus the NBA is problematic and needs to be highlighted.

In February while travelling to Russia for league play, she was detained by Russian authorities as they found a vape cartridge containing hashish oil in her luggage. While legal in the United States, it’s illegal in Russia. It’s being reported it was actually residue in the vape cartridge.

Russia’s unprovoked invasion of Ukraine and the USA’s support of Ukraine can’t be overlooked. But I can’t help but think Griner’s race, gender, and sexuality contribute to Russia’s lack of moral judgement -- and the inactivity of the WNBA and the US government. I wonder if the situation would be the same for the NFL’s Aaron Rodgers or Major League Baseball’s Mike Trout. 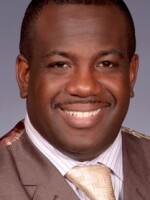