Illinois
WNIJ Partners With Report For America
Report for America is a national service program that places journalists into local newsrooms to report on under-covered issues and communities.

A new mental health bill making its way through the state legislature would mean millions of dollars for increased access to mental health treatment.

State Senator Steve Stadelman’s bill would create a roadmap for counties looking to turn local tax revenue into support for those living with substance abuse and issues related to mental health. The Rockford Democrat said counties could see an additional $14 million of aid make its way to where it’s needed most.

“20% of the population deals with mental health issues, but there weren't adequate resources and treatments,” said Stadelman. “And I think the advocates and Winnebago county residents realize we needed a local funding source to make sure these treatments and services are provided.”

Stadelman said that, given the current health crisis, these new funds are especially important. “I think you can argue [that] with the pandemic, the need for mental health services and treatment is even greater than ever,” he said.

The new tax revenue would then be steered toward expanding mental health resources. Stadelman’s proposed legislation would require counties with approved mental health referendums to create a seven member board of health professionals and advocates to administer the new funds.

The bill has passed the Illinois Senate and is now being considered by the House of Representatives. 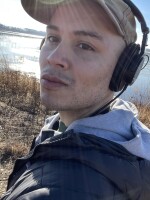 Juanpablo Ramirez-Franco
Juanpablo covers environmental, substandard housing and police-community relations. He’s been a bilingual facilitator at the StoryCorps office in Chicago. As a civic reporting fellow at City Bureau, a non-profit news organization that focuses on Chicago’s South Side, Ramirez-Franco produced print and audio stories about the Pilsen neighborhood. Before that, he was a production intern at the Third Coast International Audio Festival and the rural America editorial intern at In These Times magazine. Ramirez-Franco grew up in northern Illinois. He is a graduate of Knox College.
See stories by Juanpablo Ramirez-Franco
Latest Stories
Related Stories