Recommendation Coming On State Museum, But Will It Matter? 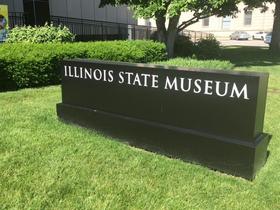 A panel of lawmakers will weigh in Wednesday on the planned closure of two state facilities.  But the final decision rests with the governor.

Governor Bruce Rauner has proposed closing the state museum in Springfield and the Hardin County Work Camp to save money.  But many disagree, including central Illinois state Senator Andy Manar.

"I think the governor is correct in pointing out that operating a museum and preserving history comes at a cost.  But I, like thousands of others across the state, believe the cost is worth it," he said.

The bi-partisan members of the Illinois Commission on Government Forecasting and Accountability will make a recommendation on the closures.  But the vote is non-binding.

Manar, a Democrat,  says the law requiring public hearings and the commission's scrutiny could use more teeth.

"We should remember that those laws were put in place so that governors unilaterally just couldn't close down facilities," he added.

Since the law was put in place a decade ago when Rod Blagojevich was in office, about two thirds of all proposed closures eventually occurred.

Manar has introduced a measure that would keep the museum open.