Facebook is facing tough questions in the wake of the 2016 presidential election. Did Russians use social media to sway the election? Why is there so much fake news? Why isn’t Facebook more transparent?

Similar questions are being asked here in Illinois, where Facebook has already reshaped political campaigns by offering candidates a cheap way to get their message out. Facebook has also significantly increased its campaign contributions to Illinois lawmakers in 2017, doling out $92,000 to dozens of lawmakers on both sides of the aisle—almost all of it within the last two months. 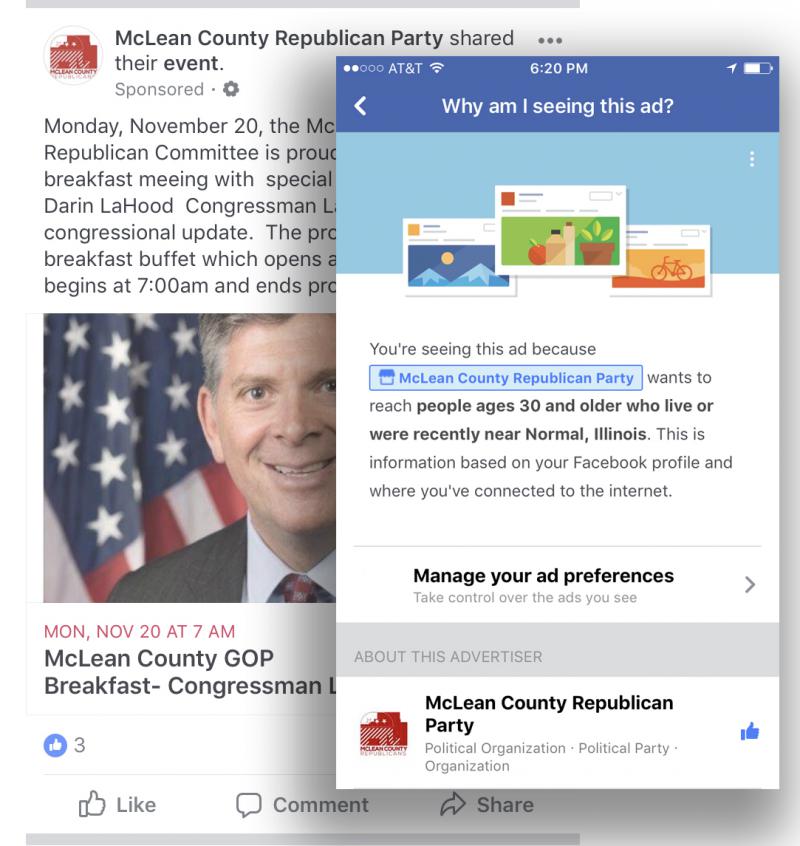 Critics in Illinois are concerned that a lack of accountability in Facebook advertising—compared with television and radio ads—could impact local and statewide elections. If the Russians could do it for a president, the thinking goes, how easy would it be for someone to manipulate a city council race?

“Facebook and digital media play by a completely different set of rules than broadcast media. And here’s the difference: There are no rules,” said state Sen. Andy Manar, Democrat from Bunker Hill.

Facing this criticism and more in Congress, Facebook says it’s committed to increasing transparency on political ads. The social media giant will soon require more thorough documentation from advertisers who want to run election-related ads, to verify their identity. Users will also be able to see a list of all ads that a particular Facebook page is running. That’s not currently possible, meaning you’re only able to see the ads that you’ve been shown because of an advertiser’s targeting.

“We remain deeply committed to helping protect the integrity of the electoral process on Facebook,” the company said. “And we will continue to work with our industry partners, lawmakers and our entire community to better ensure transparency and accountability in our advertising products.”

Facebook’s advertising platform—powered by gobs of demographic data about its users—is tailor-made for political candidates who want to reach voters. For less money, it offers better audience targeting options than television and radio ads. Advertisers can spend as little as $5, and the granular targeting allows you to target ZIP codes or even congressional districts. That’s a big improvement over TV ads, for example, which are seen by a such a large audience that some of them may not even be in the right legislative district.

Another key difference is that campaigns don’t have to report their specific online ads to the Federal Communications Commission (FCC) like they do for TV and radio ads, said Sarah Brune, executive director of the Illinois Campaign for Political Reform, which analyzes campaign spending.

“I hear from people who are flabbergasted about the role of money in politics. They want to know where that money is going,” said Brune. “It doesn’t mean it’s necessarily a bad thing, but there has to be some accountability for those are trying to influence our elections.”

Indeed, it’s hard to tell exactly how much money is being spent on Facebook ads being served to Illinois voters—much less what those ads say. Local and state candidates have spent a record $45,700 so far in 2017, according to data from the Illinois State Board of Elections (ISBE). That’s up from just $7,220 just four years ago.

During the 2015-16 cycle, Illinois candidates for federal office spent $26,861 in total on Facebook ads, according to Federal Election Commission (FEC) data. It’s impossible to tally how much political action committees spent on these ads.

Facebook is “just another tool in the toolbox,” said Tiritilli. He said free and paid Facebook posts helped his message reach more voters, especially the opportunity for back-and-forth dialogue. Tiritilli paid to send out a mailer—that’s postage and printing—but he didn’t run any radio ads.

“Facebook ads are definitely less costly,” said Tiritilli, a high school teacher. “In terms of the number of people that are engaged, it seems you can make that go further on Facebook than in other areas.” 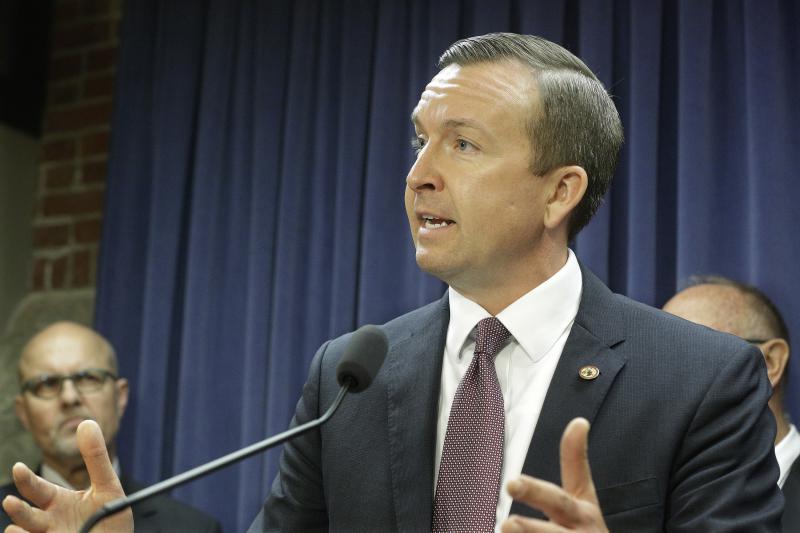 Elsewhere in Illinois, some Facebook ads have caused problems.

Manar, the state senator from Bunker Hill, recently battled with the social media company when Republicans in Christian County bought an ad wrongly claiming Manar voted in favor of bailing out Exelon. Manar actually voted against helping that nuclear power company, but Facebook refused to delete the ad. Instead, it removed the ad Manar bought seeking to correct the record.

Manar is exploring whether there’s a way to subject Facebook to the same standards that apply to TV and radio broadcasters. Brune, with the Illinois Campaign for Political Reform, said she’d support that.

“There has to be a public conversation moving forward about how this impacts our democracy, in very big terms,” said Manar. “This is just one instance that I went through, but when a multinational company that’s making billions of dollars tells public officials that it’s not their job to make sure that the public has the correct information, when they’re giving the public the avenue to consume information about public officials and public policy decisions, that to me is about as un-American an approach as I could imagine.”

Facebook, Twitter, and Google are facing scrutiny in Congress about potential Russian interference in the 2016 election. Illinois Treasurer Michael Frerichs said those questions about transparency and accountability could threaten Facebook’s reputation and expose it to litigation or legislation—potentially lowering its share price. That would hurt Illinois because it’s an investor in Facebook, he said.

Frerichs backs a shareholder proposal demanding that Facebook disclose information on its oversight and policies to stop the spread of fake news, election meddling, and hate speech. 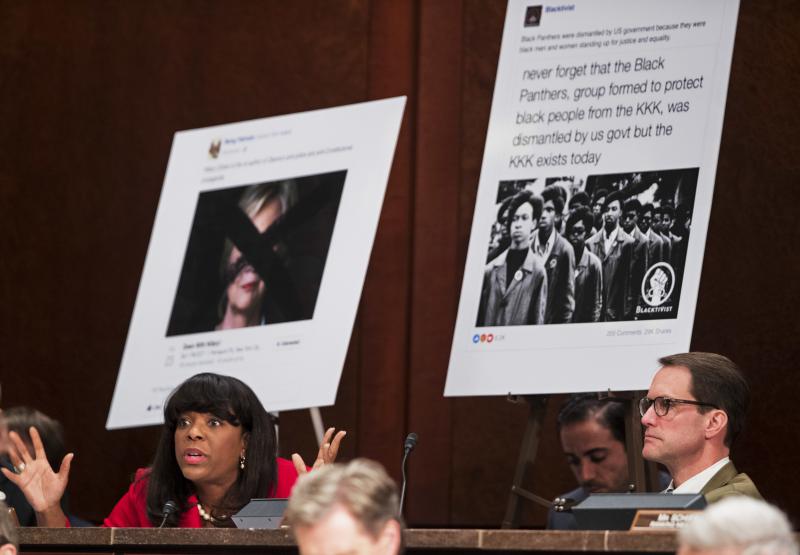 In the wake of the Russia investigations, Facebook has told federal regulators that it “welcomes further guidance” from the FCC “regarding disclaimers in Internet communications.” In a Nov. 13 letter to the FCC, Facebook cited a study showing digital advertising grew 789 percent from 2012 to 2016.

One sign that Facebook may sense regulatory changes on the horizon: an increase in campaign contributions to Illinois candidates who it might need to lobby in the near future. In 2015 and 2016, Facebook contributed just $5,000 and $6,485 to local and state candidates, according to ISBE data. So far in 2017, that’s jumped to $92,000, almost all of it since Oct. 2.

That spike in campaign contributions corresponds to other recent Facebook expansion in Illinois. It recently added three floors to its Chicago office space, enough room for more than 500 workers.

Dan Brady, a Bloomington Republican, said he can’t recall any specific bill for which Facebook lobbied him.

“They’ve decided, we’re going to be more involved in the political process and let people know we exist, and we’re going to donate to campaigns and we’re going to pick people who we think have potential,” said Brady. “There will be things that will be coming out legislatively, and maybe they think they can be ahead of the curve if that landscape begins to change.”

As Facebook faces potential new regulation at the federal or even state level, it makes sense that the company would respond by trying to connect with lawmakers, said Barickman. “It’s unsurprising to me you’re seeing a bit more political activity from the Facebooks of the world,” he said.

“That is a bit of the world we live in. When we enter that political arena as a public official or a candidate, the reality is there’s going to be all kinds of people who say and do all kinds of things for you and against you,” said Barickman, a Bloomington Republican. “As lawmakers, we have to be cautious about the notion that we can somehow regulate this in logical ways. That’s not to say some regulations might not be in order. I just approach it from a cautious mindset.”

Brady notes that campaign contributions from Facebook would’ve been unheard-of 10 years ago. Now, as Facebook’s influence on our daily lives has grown, so has its political influence.

“We’re in a whole different era than letters to the editor,” Brady said.

WGLT depends on financial support from users to bring you stories and interviews like this one. As someone who values experienced, knowledgeable, and award-winning journalists covering meaningful stories in central Illinois, please consider making a contribution.