So far, LaHood is the only candidate to formally announce he is running for the seat held by former Congressman Aaron Schock who resigned from office this week. Nominating petitions are due April 20th.The radio story

Darin LaHood was appointed to the state Senate in March 2011 to replace retiring Dale Risinger. He ran unopposed and won a full term in 2012. Before taking state office, LaHood lost an election to become Peoria County state’s attorney in 2008.

LaHood is a self-described fiscal conservative. At the state-level he is in support of Governor Bruce Rauner’s proposed budget plan that cuts government spending and avoids tax increases.

He believes the state and federal governments should have balanced budgets and should do what’s necessary to accomplish that. This could include eliminating federal funding for public broadcasting as the U.S. House recently proposed as part of its budget plan.

LaHood said he has opposed implementing portions of the Affordable Care Act at the state level and would vote to repeal Obamacare if elected to Congress.

LaHood has sponsored several ethics bills during his four years in the state senate. He supports term limits for lawmakers and transparency in government to promote ethical behavior. He said he wants to put an end to "revolving-door lobbying," which allows Illinois lawmakers to leave office and become a lobbyist the next day.

“So I’m the chief sponsor of this legislation to say,  you can’t do that. You need to take a year off before you can register as a lobbyist in Illinois,”LaHoodsaid. GovernorRaunerimposed a similar restriction on the executive branch after taking office.

LaHood would not comment on the pending investigation into Former Congressman Aaron Schock, who stepped down from office this week. But he said he’s familiar with public corruption cases from his time as a federal prosecutor.

"I think using that experience of how we make elected officials comply with the ethics laws and the rules that are there is something that is important and something I will continue to advocate for,” LaHood said.

Governor Rauner has scheduled the primary for June 8th and the general election for July 24th. But the federal government will likely push the election back a bit to bring the state into compliance. Illinois’ law setting the timeline for a special elections does not comply with a U.S. Department of Justice timeframe required for mail ballots to be sent to overseas military. 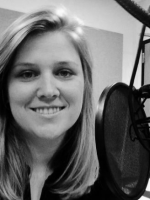