Perspective: I owe my soul to the company store

25 years in DeKalb and maybe I would finally experience a day not stopped at the Union-Pacific tracks downtown. Workers rejected a contract, looked like a national railroad strike. Meanwhile, does it seem like trains downtown are longer and slower? Probably not your imagination.

Railroads like Union Pacific increased train length by 30% since 2018. Mergers into a handful of railroads. Reduce the size of train crews. Fire a third of your workers. No competition, longer trains, fewer workers. Shazam! Record profits for railroads the past ten years. Wall Street loved it. The people that actually did the work and created the wealth, not so much. Fewer workers meant those remaining were forced to work longer hours, mandatory overtime and be “on call” on days off, to work if needed, which seemed to be always. Lives never free from their jobs. Forget weddings, Little League games, church events, family gatherings. “I owe my soul to the Company Store.”

People are not machines and these workers said "enough." They had a union. But now the Government is weighing in on the Company’s side. Surprised? For fifty years, inequality has grown and workers’ standard of living declined. Democrats or Republicans, politicians are not coming to save us. They’ve had a half century. We’re working too long for too little, this has to end and only we can end it…by organizing. So start by talking to the folks you work with. It’s a long trek so we better get started. Organize. Organize. Organize. 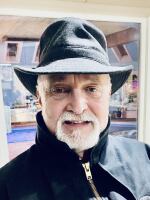 Dave Rathke
See stories by Dave Rathke
Perspectives
Perspectives are commentaries produced by and for WNIJ listeners, from a panel of regular contributors and guests. If you would like to submit your own Perspective for consideration, send us a script that will run about 90 seconds when read -- that's about 250 words -- and email it to NPR@niu.edu, with "Perspectives" in the subject line.