Perspective: A call for sisterhood

More and more we see women excelling in areas that have traditionally been led by men. I recently saw an interview with Scarlin Hernandez, a Dominican immigrant who achieved her dream of becoming a NASA space engineer. Scarlin pointed out that one of her inspirations was her science teacher at school, as she saw herself represented in her.

Positive representation of women in different areas is important because it minimizes stereotypes and empowers other women. Mutual support among different women who recognize each other gives rise to sisterhood. Positive representation of women takes many forms if we look at it through the lens of sisterhood. In fact, that is precisely what sisterhood does, it shows us that being a woman is not subject to standards or perspectives.

For Scarlin, as for many other women, it was enough to see a single female representation in an area where women are the minority to break through and inspire others. Sisterhood is a powerful weapon for women because it unites, does not discriminate and recognizes intersectionality. Only on the basis of sisterhood can we achieve a positive representation of women in the different spheres of society. A representation that reflects the power of diversity and goes beyond the limits imposed by stereotypes. To break the glass ceiling, it is necessary to be aware that the woman next door is a partner, not competition. 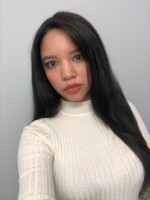 Milandy Horan
Milandy Horan was born and raised in the Dominican Republic. She's getting her bachelor's degree in Spanish at Northern Illinois University and plans to become a high school Spanish teacher. Milandy visits her home country every year to spend time with her family.
See stories by Milandy Horan
Perspectives
Perspectives are commentaries produced by and for WNIJ listeners, from a panel of regular contributors and guests. If you would like to submit your own Perspective for consideration, send us a script that will run about 90 seconds when read -- that's about 250 words -- and email it to NPR@niu.edu, with "Perspectives" in the subject line.