It’s Thanksgiving — the holiday that’s dedicated to two of our favorite pastimes, eating and football. No wonder it’s so popular. But Thanksgiving is also a time to reflect on what we are thankful for.

This year, I am especially grateful for the many people who voted to protect democracy in this year’s midterm election. For weeks, pundits, pollsters and Republicans predicted a bloodbath for Democrats. With so many incompetents and election denier liars on the Republican ticket, the future was looking bleak.

This was my first year as an election judge. Maybe I imagined it, but there seemed to be something in the air that day. From the moment the polls opened at 6 a.m., it was obvious that this was not going to be a typical sleepy midterm election. All day, a constant flow of voters poured into our polling place, eager to weigh in on the issues that were important to them.

By now, we all know that many of the most extreme Republicans were rejected by voters all over the country. The Trump balloon is leaking. Republican politicians and donors, too cowardly to denounce Trump as incompetent and immoral, are acknowledging that his magic is fading by moving on after the defeat of most of his endorsed candidates.

It’s not all good news. There are still battles to be fought. But the midterms felt like a watershed moment. I’m sure I’m not alone in being very thankful for the outcome. 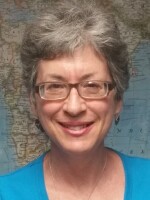