Perspective: We already live in a banana republic

One thing admired by many about the United States is the rule of law. It's a principle ingrained in the culture that those who break the law pay for it. It's so strong that Nixon only escaped impeachment by resigning. And remember: in the 21st century, Illinois sent two governors to jail.

This is why the argument to defend former president Trump from prosecution—that it would turn this country into a banana republic—is ludicrous. I know about it because in Guatemala, my native country, still called a banana republic, we decided to adopt the rule of law. In the last 10 years Guatemala moved a president from office to prison, and a former one was tried and convicted. We may still be a banana republic, but at least we worked to ditch that reputation. We're not alone. Chile brought a former dictator to justice; Perú and Honduras arrested and tried corrupt leaders.

That's why nothing should prevent President Trump's arrest. This country will not become a failed democracy if that happens. Quite the opposite. We've seen it in other countries: Bolivian president Evo Morales resigned when his corruption was discovered, and England just ousted Boris Johnson.

These acts didn't turn these countries into banana republics. Instead, they made them stronger. That's why refusing to prosecute a man responsible for an insurrection (among other things) shows that the United States is a banana republic already.

I am Francisco Solares-Larrave and this is my perspective. 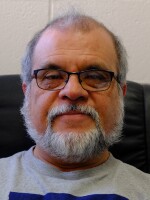 Francisco Solares-Larrave
A Guatemalan native, he arrived in the United States in the late eighties on a Fulbright Scholarship to do graduate studies in comparative literature at the University of Illinois in Champaign Urbana. He has been teaching Spanish language, literature and culture at NIU since August 2000, and his main research interests are 19th-century Spanish American literature.
See stories by Francisco Solares-Larrave
Perspectives
Perspectives are commentaries produced by and for WNIJ listeners, from a panel of regular contributors and guests. If you would like to submit your own Perspective for consideration, send us a script that will run about 90 seconds when read -- that's about 250 words -- and email it to NPR@niu.edu, with "Perspectives" in the subject line.