Let me preface my remarks with my Texas bonafides. My mama grew up in Texas and died in Texas. I lived in Texas for part of my childhood. I still have people in Texas. So I know whereof I speak and will say anything I want to about Texas.

Texas has given us great food, like smoked brisket and chili. Texas has produced terrific musicians, from Willie Nelson to Clarence “Gatemouth” Brown, and Waylon Jennings to Erykah Badu. There are sweet, kind people in Texas. But when they enter voting booths, serve on boards of education, and sit on legislatures, they lose their minds.

There’s that vigilante abortion law, whereby any third party can sue a woman for having an abortion. There’s that effort to change the word “slavery” to “involuntary relocation” in history textbooks. There’s that one-sided libertarianism, whereby a Texan says, “Don’t tell me what to do, but if you live in our neighborhood, we keep our grass just so high” (true story).

In its new party platform, the Texas state GOP endorses a referendum on secession. Given all the problems Texas causes the rest of the country, I’m wondering: “Is this supposed to hurt our feelings?” What interest do other Americans have in keeping Texas in the Union? That peculiar Texas nationalism has coexisted uneasily with American patriotism anyway. Why would the rest of us want to frustrate Texans’ aspiration to sovereign nationhood?

Texas, quit talking secession and get on with it. You offer little benefit and much harm to the United States. I say to you, like I would to an unwelcome dog in my yard, “Git on outta hyeah!” 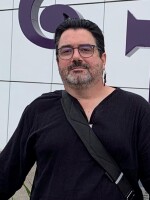 Taylor Atkins
Taylor Atkins is a history professor at Northern Illinois University.
See stories by Taylor Atkins
Perspectives
Perspectives are commentaries produced by and for WNIJ listeners, from a panel of regular contributors and guests. If you would like to submit your own Perspective for consideration, send us a script that will run about 90 seconds when read -- that's about 250 words -- and email it to NPR@niu.edu, with "Perspectives" in the subject line.