My husband calls me things like “Luddite” and "screen time Puritan," and my children accuse me of being overprotective when I limit their time on YouTube, video games and other apps. I'm always telling them to put the screens away and go play with their friends.

So imagine my surprise when my six-year old son immediately befriended a group of high school and college students a few month ago by – you guessed it – playing video games.

Our family walked into the NIU Esports Arena, and within 5 minutes my six-year-old was seated with five college students playing the Nintendo game Super Smash Bros. He chatted happily away about his favorite characters and their abilities, engaged in a little friendly ribbing, and felt right at home. The college students welcomed him as part of the group – and went a little easy on him in the competition.

When we left, my son on cloud 9. What's more, he was imagining himself as a college student, chatting about what video games he might play and what classes he might take in college. He's still a little unclear about the courses and majors available. (He’ll be disappointed to learn that you can’t major in scuba diving.) But video games helped him imagine his future and feel right at home on a college campus. He says he’s not sure, but he’ll probably go to NIU.

I'll still encourage my children to get outside and play this summer. But this experience also opened my eyes to the power of video games to build community and imagination. 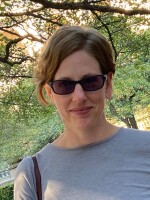 Beth Schewe
Beth Schewe is a DeKalb resident and mother of two elementary-aged children. She is a writer who works at Northern Illinois University.
See stories by Beth Schewe
Perspectives
Perspectives are commentaries produced by and for WNIJ listeners, from a panel of regular contributors and guests. If you would like to submit your own Perspective for consideration, send us a script that will run about 90 seconds when read -- that's about 250 words -- and email it to NPR@niu.edu, with "Perspectives" in the subject line.