Perspective: A Republic, if you can keep it

On December 8th, 1941 an angry but steady President Franklin D. Roosevelt asked the United States Congress for declaration of war on Japan. Three days later, Nazi Germany declared war on the United States. Within a matter of a few days, a woefully unprepared United States was at war with two of the most efficient, fanatical, best equipped and vicious militaries the planet had ever seen. While Roosevelt, ever the optimist, believed the U.S. would prevail, there was no guarantee we would win that war. The margins between winning and losing were razor thin far longer than the average American then or now realize. Outside of the Civil War, if there was ever an existential threat to existence to the democratic republic of the United States, it was the Second World War.

At least until now.

This time the threat comes from a cult from within with a false idol at its center. Our very real threat comes from a man with a combination of a democracy-killing ego combined with a lust for vengeance and power. This exactly the kind of person George Washington warned of in his Farewell Address, published on September 19, 1796, where he warned Americans against would-be despots who would use parties as “potent engines. . .to subvert the power of the people and to usurp for themselves the reins of government.”

Like many Americans, I had hoped that with enough time and enough people coming to their senses, the January 6th insurrection would be a one-off event. But I keep thinking of Benjamin Franklin’s statement at the Constitutional Convention in 1787, when he was approached by a group of citizens asking what sort of government had been created, and his answer was simple and sobering, “A republic, if you can keep it.” 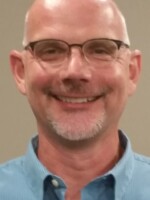