This new year certainly began on an inhospitably icy note. From the snow that fell on New Year’s Day to the bitterly cold weather this week, January proves it’s not for the faint of heart.

Thinking about today’s date, January 6th, I’m struck by its significance as the date when two diverse journeys came to their conclusions -- separated by over two thousand years.

Many of us celebrate today as Epiphany or Three Kings Day, which commemorates the arrival of the Magi to that storied stable in Bethlehem where newly-born Baby Jesus was laying in the manger. The Star of Bethlehem, marking this auspicious event, was visible that night and while it appeared in our own night sky back in December 2020, we won’t see it again until 2080, according to astronomers.

In stark contrast, a year ago, January 6, marked the most inauspicious arrival of out-of-town visitors to another landmark place, the United States Capitol. The star that these folks were following, however, was just a reality TV star rather than a heavenly body. What’s ironic is how those who have professed their deep faith in Christianity have blindly embraced the reality star whose life has been something of a repudiation of the tenets of their faith.

While we’re hanging out in nature’s icebox, watching spikes and dips in COVID rates, let’s hope that the people with the power to bring appropriate charges against last year’s January 6 ringleaders soon do so. That would give us all a reason to believe that truth and right will prevail in our deliciously religiously diverse nation. 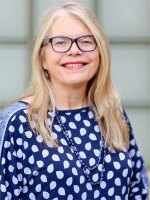 Suzanne Degges-White
Chair and Professor - NIU counseling and higher education
See stories by Suzanne Degges-White
Perspectives
Perspectives are commentaries produced by and for WNIJ listeners, from a panel of regular contributors and guests. If you would like to submit your own Perspective for consideration, send us a script that will run about 90 seconds when read -- that's about 250 words -- and email it to NPR@niu.edu, with "Perspectives" in the subject line.