Perspective: The truth about executive privilege

Trump is not; he retains no residual executive authority. He does not even continue to receive confidential security briefings. President Biden is the only person who could exert privilege over the subjects at issue, and he has demurred. It has been duly noted that "We only have one President at a time."

Former chief of staff Mark Meadows cannot exert executive privilege because he is not, and never has been, the executive. Only the President, the current President, can exert privilege. No subordinate has any such authority. We must note also that Meadows has revealed already information and even published a book on many of the subjects at issue. Meadows cannot assert privilege on his own. To do so would indeed constitute "contempt of Congress."

Executive privilege enables Presidents to preserve the confidentiality of the advice of subordinates on sensitive matters. An essential power, it is nonetheless difficult to define and demarcate. Thanks to the false assertions of Trump and Meadows, however, we understand much better what it is not.

I'm Bob Evans and that is my perspective. 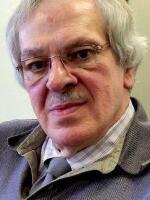