Perspective: The three miracles that led to Christmas

If you are willing to accept the concept of miracles — and I certainly do — consider this set of events from 2,000 years ago. It happened in a part of the world where hope and despair had been part of daily life for centuries.

An angel appears to a young Mideastern woman, Mary, with a personal message. Mary, a very ordinary, nondescript woman, is about to receive an incredible revelation. Just the appearance of a Heavenly being would be miraculous.

But the delivered message is even more startling — this young, unmarried woman was told that she was, as they used to say, “with child.” Basic biology contradicts that, so another miracle has taken place. And even more amazing is what this little child will do for all humanity when he reaches adulthood. The expectant mother is told that she will give birth to a Savior.

But there are some theologians who have long asserted that “three” miracles took place at that announcement. So what was the third miracle which occurred? Mary believed.

I'm Jim Kline, and on this Christmas Eve, that is my Perspective. 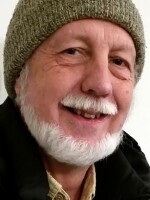