The word politics refers to a set of activities associated with making decisions in groups. Politics is not a bad word, unless we choose to make it so.

Take, for example, the debate over wearing masks. Well- meaning people debate where and when they may gather without them once more. Others insist our priority must be the nation's physical health. Still others insist we also consider financial health as well.

The debate is a political one simply because a decision must be made that guides us through the horns of this dilemma. Is every debate just politics? When the fight is between groups who place their own interest over the interest of others, politics is abhorrent. Gerrymandering is one party taking unfair advantage of the fact that they have more votes than the other are both examples, just politics? I say no. While I'm no political scientists, I offer a way to judge between politics at its best and its worst. If the party in power is arguing for an action that it would reject were it not in power, their effort is politics, just at its worst.

Senator Mitch McConnell and Representative Kevin McCarthy both refuse to let Republican elected officials take part in the Select Committee to investigate January's invasion of our National Capitol Building. Can there be any doubt that had Hillary Clinton been behind such an incursion in 2016 they would be outraged by such a partisan decision?

I have made such outrage a litmus test for deeming political debate as making decisions in groups or selfishly placing one group's political interest over another. It has become my way of deciding whether the decision process is politics at its best… or at its worst.

Just politics. I am David Jones. And that is my perspective.

Note: This essay is an expanded version of the Perspective that aired on WNIJ. 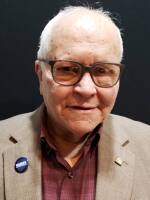