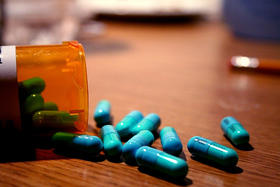 More people died from drug overdoses in the United States in 2014 than during any previous year on record. The numbers have doubled in just the past 15 years.

In Illinois, the total jumped by more than 8 percent last year, compared to 2013.   The state logged more than 1700 fatal overdoses a year ago.

The Centers for Disease Control and Prevention's new report says heroin and painkillers, like Vicodin and Oxycontin, account for a significant amount of cases.

More young people are dying because they O-D on drugs.  That factors in to the nation's life expectancy, which measures a person's age at the time of death.

Some experts say that's one of the reasons the nation's life expectancy has remained flat for 3 straight years.