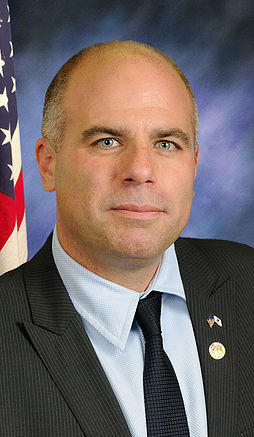 The race was a proxy battle between the governor and government employee labor unions. Last year, McCann was the only Republican who voted to override Rauner’s veto of legislation that would let an arbitrator resolve contract disputes. McCann said he still agrees with that position, despite it resulting in the primary challenge.

"I have no regrets whatsoever," he said. "I will never vote to take a working person backwards, back down the ladder. So I'm very proud to have the opportunity and proud to have take the votes I've taken."

Republican activist Dan Proft spent more than $3 million to replace McCann. McCann said the race was contentious because the large amounts of money involved. He said he's still willing to work with Rauner and members of his own party.

McCann's political future still faces hurdles -- the state board of elections is questioning his financial records and campaign reimbursements. The Illinois State Board of Elections voted this week to have a public hearing into mileage reimbursements McCann got from his campaign fund.

Listen
Listening...
/
Listen to the story

No Democrat has announced for the general election.

The governor on Tuesday also lost his only ally on the Democratic side of the aisle. State Rep. Ken Dunkin, D-Chicago, was defeated by challenger Juliana Stratton. Dunkin skipped a crucial vote and sided with Rauner on others against fellow Democrats.

These races were seen as a test of Rauner's stalled agenda.