This Little Guy Is Raising A Stink 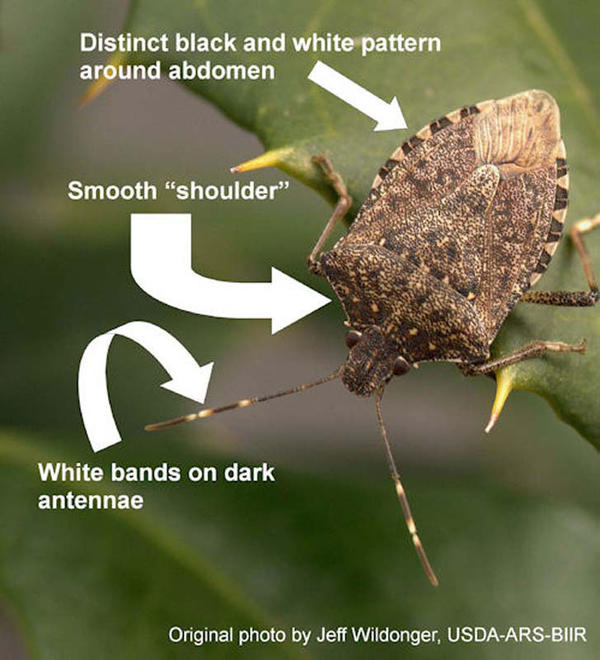 The Brown Marmorated Stink Bug.  Not a very pretty name.  But it's becoming more likely you'll be seeing this invasive species around your home.  They are showing up in more parts of Illinois.  And, that's raising concerns.

First discovered in Illinois in 2010, the Prairie Research Institute at the University of Illinois has been following its migration.

"As with any new invasive, populations are pretty low and you don't really know they are there. And over time they build up," said Kelly Estes with the Institute.

Stink bugs are not necessarily new to the midwest and Illinois.  But these are not your father's stink bugs. Don't get them confused.  The photo above shows the distinct features.

First found in northeast Illinois in Cook County and the East St. Louis area, this year they have been discovered in Macon, Winnebago, Clinton, Effingham and Stephenson counties.  Estes has also received reports of the insect in Springfield and the Quad Cities.

This time of the year, they will often show up on the sides of buildings, like homes.  They are looking for warmth.  But they also wind up being more than a simple household pest.  They feed on as many as 200 host plants and can cause heavy damage to crop fields, gardens and orchards.  They have been blamed for agricultural losses in the Mid-Atlantic states, but so far, no known damage has been reported in Illinois.

The Prairie Research Institute is asking anyone who thinks they see the Brown Marmorated Stink Bug to send a sample in a crush-proof container, like a pill bottle to: