'Hell No to the Memo' rallies have popped up in response to word from the federal Dept. of Health and Human Services that it wants government agencies to limit the way gender is categorized. That information came out via a leaked memo reported on by The New York Times. Trans-rights’ activists say it’s a move that would unravel work they’ve accomplished. They say gender is not binary and their identity is valid.

August Francis was raised female, but from an early age, says he knew that didn't jive with his true identity. In his teens he made the transition to male, and has since become an advocate for transgender inclusion and rights.

Listen
Listening...
/
listen to the interview

Francis is organizing a “Hell No to the Memo” rally in Decatur, slated for Sunday.

In his early twenties, he learned about another facet of his own personal identity: he's intersex. He was at a meeting of the MBLGTACC (Midwest Bisexual Lesbian Gay Transgender Asexual College Conference) where he met intersex activist Pidgeon Pagonis, who advocates against cosmetic surgery being conducted on intersex newborns. Francis says hearing them talk led to his own self-discovery.

“Through my own personal digging, I found other people who have congenital adrenal hyperplasia.” Francis says he was able to verify that he had that condition by talking to his doctor. “Everything on the list, like it was basically a checklist of my entire life.”

Jonathon Reed is Francis's boyfriend and identifies as a cis gay man. He says intersex and transgender people have a deep and difficult history, and he’s an ally. “I want everybody to know that they are not going anywhere. They physically can't go anywhere,” says Reed, who is also helping organize the rally in Decatur on Sunday. 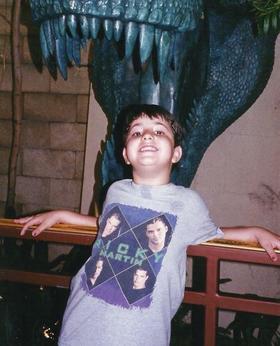 Francis says while the memo might not seem alarming to some, it's a step in a direction he doesn't want to see the nation going: "It's not like the memo says all trans people need to be exiled - but that's what it could lead to." He says its limited premise of gender being verifiable only through genes and genitalia does not mirror his own reality. "For intersex people, a lot of us will never fall under [the definition of “male” or “female”.] So what does that mean for who we are? It's a very dehumanizing situation."

The rally is part of the overall mission Francis is part of to better inform the public about the lives of trans and intersex people, and to rally their allies in the face of possible government action to, as he sees it, erase their existence.