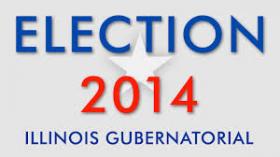 Illinois Republicans are mounting what they say is an unprecedented and costly campaign to purge ineligible people from voter lists and recruit their own election judges before November.

It's a sign of how close the contest is expected to be for control of President Barack Obama's home state.

Republicans have allocated $1 million in Cook County alone to examine voter rolls and recruit 5,000 GOP election judges to watch over polling places in Democrat-heavy Chicago. Efforts to go through voter rolls are underway in two counties east of St. Louis.

Republicans say they're guarding against voter fraud and responding to Democratic maneuvering to boost turnout.

But Democrats fear the GOP ``voter integrity'' campaign could echo initiatives elsewhere they claim make it harder for minorities and other traditional Democrats to vote.