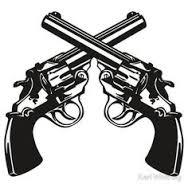 Oberweis is trying to unseat Durbin in November. They met Monday before the Chicago Tribune editorial board.

Durbin says mandatory background checks would help keep convicted felons and mentally unstable people from getting guns. He says a federal law would reduce violence in places like Chicago, where police say felons get weapons from other states with weaker laws.

Oberweis says he's not convinced the checks would reduce crime. He says some gun owners are afraid of the government keeping a database of people with guns.

Oberweis also says the checks wouldn't stop ``straw'' purchasers, who buy and transfer guns to people who shouldn't have them.