WNIJ News
Around Illinois
WNIJ's summary of news items around our state.

If you're tired of receiving nuisance phone calls, Congress may be willing to help. Wednesday, the House approved the Telephone Robocall Abuse Criminal Enforcement and Deterrence Act, and sent it to the Senate.

One of the supporters, Congresswoman Cheri Bustos from Illinois' 17th District, says robocalls are one of the most common complaints she hears about, adding up to several hundred just in recent months.

The bill would put the burden on the phone companies.

"It requires carriers to offer call authentication technology to consumers and also to small businesses without being able to charge either consumers or businesses for this. They have to be the ones that will block these robocalls."

According to one estimate, 54 billion robocalls were placed this year, including over five billion just last month.

Bustos thinks a bi-partisan bill from the House, that protects consumers, should pass easily in the Senate, and then go to the president. 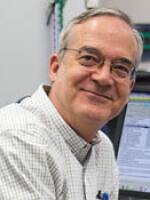 Herb Trix
A native of Detroit, Herb Trix began his radio career as a country-western disc jockey in Roswell, New Mexico (“KRSY, your superkicker in the Pecos Valley”), in 1978. After a stint at an oldies station in Topeka, Kansas (imagine getting paid to play “Louie Louie” and “Great Balls of Fire”), he wormed his way into news, first in Topeka, and then in Freeport Illinois.
See stories by Herb Trix