Perspective: The epidemic that no one talks about

Today, everyone talks about Covid-19 as the silent, invisible murderer that all are fearful of. The pandemic has claimed about 6 million lives since it was declared a threat to humanity back in March 2020. Nevertheless, there is an epidemic that no one talks about but kills a million people worldwide every year. New research from Boston University’s Department of Public Health reveals that 1 in every 3 American adults has been affected by this mental illness, called depression. It means that either you know someone suffering from it or you could be the one experiencing depression. Currently, this illness is so common that has become the number one cause of disability and suicide globally.

Depression can affect people from any socioeconomic status. Great historical figures such as Abraham Lincoln and Winston Churchill were not the exception. Prince Harry, referring to depression mentioned during a television interview, “We are all in this together. Asking for help was one of the best decisions that I made.”

In 2008, I lost my mother to depression. Today, I refuse to offer another loved one to this illness. No one should put up with it, there is solution Educate yourself and look for help. You are not alone. Depression should not be the end of your story. Let’s eradicate depression by spreading the word. 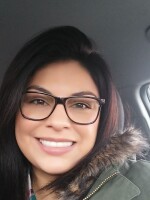 Melody Dominguez
Melody was born and raised in Lima, Peru. She loves the outdoors and is currently an NIU student working on her teaching licensure, hoping to teach Spanish and English learners in the near future.
See stories by Melody Dominguez
Latest Stories
Perspectives
Perspectives are commentaries produced by and for WNIJ listeners, from a panel of regular contributors and guests. If you would like to submit your own Perspective for consideration, send us a script that will run about 90 seconds when read -- that's about 250 words -- and email it to NPR@niu.edu, with "Perspectives" in the subject line.